I will not let this thing beat me, and neither should you. – Lizzie’s Story 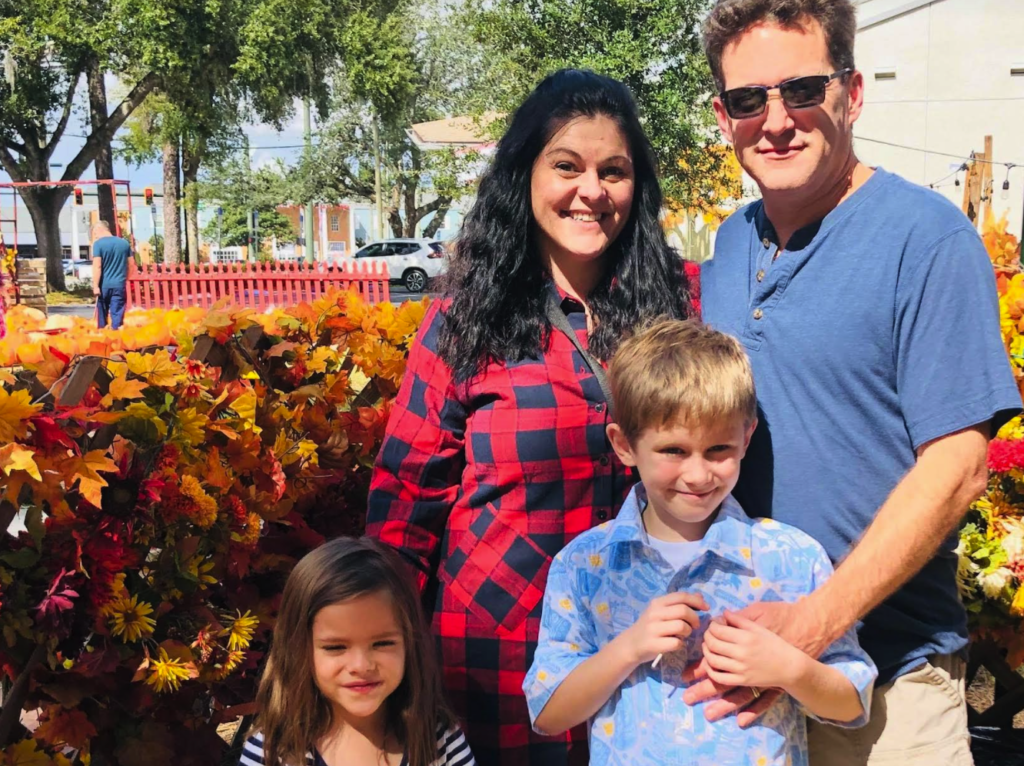 I have known for a long time that I haven’t been quite right.

Random things like a shooting pain in my foot followed by a mysterious bruise that comes and goes quite quickly, burning feet, heart burn (like ALL THE TIME).

My hands, oh my goodness the swelling and pain; just not feeling well, to a point where I was questioning myself: am I willing this to happen? Is this all in my head? I had been to all the doctors. I had complained my feet hurt, I was told to get better shoes, I had been to a dermatologist for over 12 years, and was told “I don’t know, maybe acne, your anxious stop picking.” Or I just love, “well, you’re a medical mystery” as if I was going to be excited that I had baffled the professionals. It seemed like my body just wasn’t mine anymore, it was betraying me and no one seemed to see it but me. I would have one drink and be drunk on what once would have been a mere appetizer. No matter who I asked I couldn’t get an answer, it just seemed that I should accept that I was a working mother and being tired is normal, “of course you are tired, you should talk to a psychiatrist.”

When I had my son I was sick, and I didn’t know what was wrong.

I had never seemed quite right, I always used to say it was like my body is allergic to being pregnant, I threw up just about every day of my pregnancy and felt almost ashamed; I had so desperately wanted to be a mother and had wanted it to be like the vision in my head, instead I was vomiting daily and feeling like I was hung over every day. About 2 ½ weeks before my due date I went to the doctor and my blood pressure had shot up, I had been feeling extra tired and not eating much for a couple of days, he agreed to let me go home if I promised to call him if anything was wrong, that night I began itching all over and called him, he told me to go to labor and delivery immediately, the next morning I was induced and then given an emergency c-section delivering my son, who was classed as a late term preemie at 4lb 13oz. I was extremely sick at the time and put on medications, I never really could make sense of what happened, until now. Hindsight is 20/20. I did go on to have a daughter almost 5 years later and aside from feeling sick, the pregnancy was easier, and she was a healthy 7lb 8oz baby.

You see earlier this year I was diagnosed with systemic scleroderma which affects the connective tissue in many parts of the body.

It can involve the skin, esophagus, gastrointestinal tract, lungs, kidneys, heart and other internal organs as well as brain fog. It can also affect blood vessels, muscles and joints. I will be the first to admit I was confused and then devastated, then, if I’m honest, relieved to have confirmation that I was not crazy and making this up in my head. But if you Google this thing, it’s scary, I have truly been going on a roller coaster of emotions. Part of the problem is that I had never heard of scleroderma and neither had anyone I talked to, you could say to someone “I have cancer,” for instance and they may ask what kind, but generally they will have an idea as to what you are going through, not so with this stupid disease, you see no one has heard of it…even I still am not sure what to expect.

I do however know this, IT IS NOT A DEATH SENTENCE.

By my calculations I have had this for 12-15 years and I still do not have organ involvement, maybe I never will? I for the most part still live a normal life and thanks to getting a diagnosis, I now know what it is I’m dealing with. I can tell you with a few adjustments already I think I’m improving my skin using light therapy, I have adjusted my diet, I am getting more rest and giving myself more grace, already I am looking and feeling a bit better, I will not let this thing beat me, and neither should you. This will not define you, not everyone with a positive story will post online, they are too busy living their life, understand that often what you see online is sometimes the worst-case scenario, and there is hope. The main thing is finding a medical team that supports you and can guide you. I recommend personally connecting to one or 2 warriors to whom you feel a connection and understand this will not define you, knowledge is power.

Today can be the day you help a child whose life has been affected by scleroderma. Help us award one-time grants to children and grandchildren of those afflicted with systemic scleroderma.

As a nonprofit, we rely on donations to provide grants to kids whose lives have been affected by scleroderma. Together we will continue to care and continue to grow.